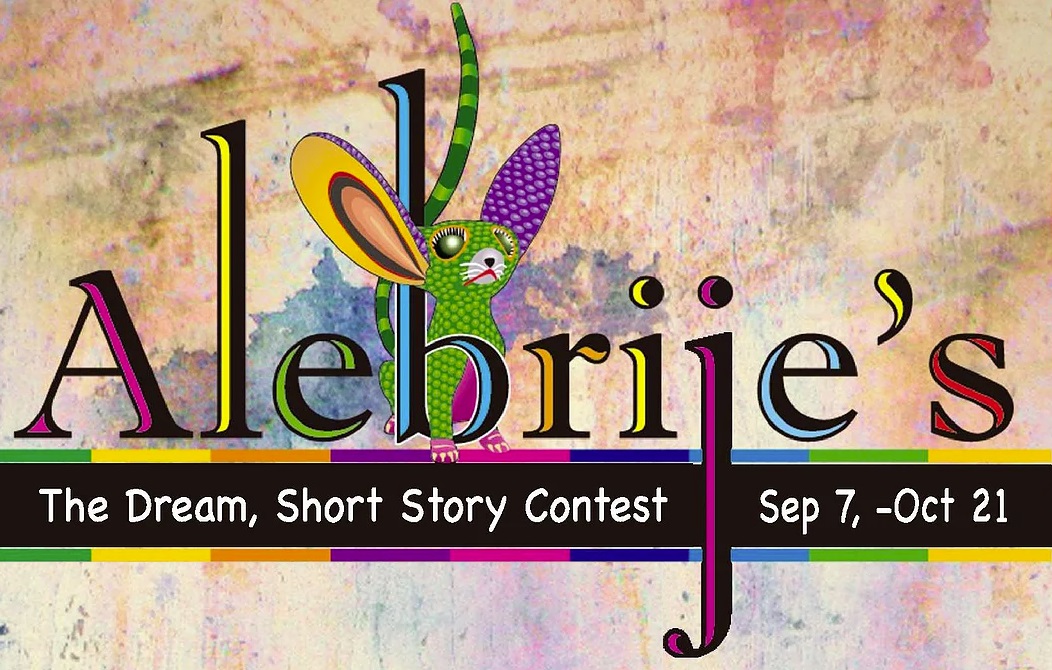 I.  Children of San Mateo County between the ages of 6 and 14.

II.  The lenth of the story should be 1 to 3 pages. Including illustrations, if desired.

III.  The main characters of the story need to be The Alebrijes of the art installation created by sculptor Fernando Escartiz, Sponsored by Fung Collaboratives and Redwood City Improvement Association, which will be on display from September 7th to October 6th, 2019 in the Art Kiosk on Courthouse Square.

IV.  The title or theme of the story needs to be The Dream.

VI.  All stories must be submitted to the Redwood City Public Downtown Library in an envelope with the contestant's full name, age, parent(s) name, phone number, and email.

VII.  Certificates of participation will be given to all contestants.

VIII.  First Place will be awarded to the following two categories:

IX.  The two prize winners will receive the following:

An original Alebrije sculpted by Fernando Escartiz and 4 movie tickets.

X.  The winners will be announce on Casa Círculo Cultural and the Redwood City Public Librarys' Facebook pages. Winners will be notified via phone and or email as well.

XI.  Prizes will be awarded on November 3rd at the Day of the Dead celebration at Courthouse Square.

Pedro Linares (1906-1992), a renowned indigenous Mexican artist, first created vividly colorful paper maché sculptures called alebrijes. The inspiration for Linares’ sculptures has an origin as outlandish and fanciful as the figures themselves. As the story goes, Linares became very ill when he was 30 years old. Not having access to medical attention, he lay in bed and lost consciousness. Linares dreamt of a bizarre, peaceful place that resembled a forest. He recounted seeing giant rocks, tall trees, and an expansive sky. The artist felt remarkably healthy again. His physical pain was gone and he felt happy as he walked along trails through the dense foliage of his dream world.

Suddenly, the clouds, rocks, and trees began to transform. Everything around him reshaped into animals that were familiar and yet like nothing Linares had ever seen before. There were mules with dragonfly wings, roosters with antlers, creatures that resembled gryphons and dragons, just to name a few. They had unnatural colors and patterns swirling over their bodies. These creatures began repeatedly chanting a single word: alebrije…alebrije…alebrije! Linares became fearful of these strange, powerful creatures chanting this nonsensical word. He couldn’t tell if they were warning or threatening him. However, it was enough to startle him awake in time for his fever to subside. (NPS 2017).

Alebrijes, especially the monsters, have gained a reputation for “scaring away bad spirits” and protecting the home. There is a certain mysticism involved in the making and owning of alebrijes with parts of certain animals representing human characteristics.