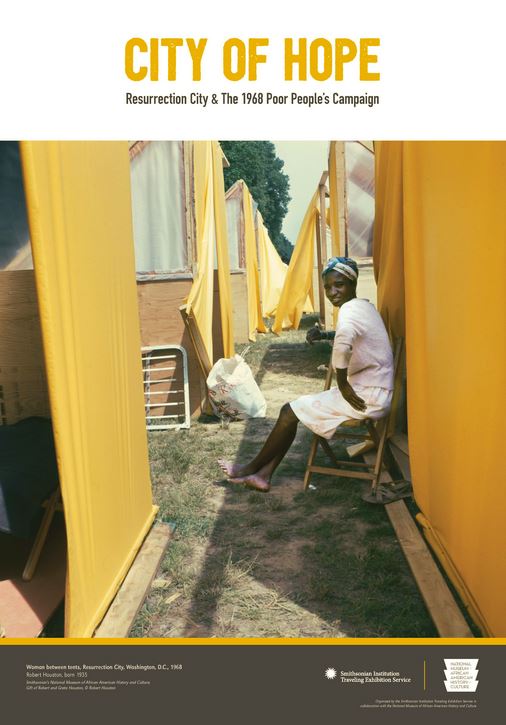 eginning February 1st at the Downtown Library, we invite you to a special exhibition exploring the 1968 movement that put poverty at the forefront as a national human rights issue. City of Hope: Resurrection City and the 1968 Poor People's Campaign is on view from February 1-21.

City of Hope: Resurrection City and the 1968 Poor People’s Campaign honors Dr. Martin Luther King Jr.’s daring vision for economic justice and opportunity for every U.S. citizen. The poster exhibition examines the Poor People’s Campaign—a grassroots, multiracial movement that drew thousands of people to Washington, D.C. For 43 days between May and June 1968, demonstrators demanded social reforms while living side-by-side on the National Mall in a tent city known as Resurrection City.

The poster exhibition is brought to you courtesy of the Smithsonian Institution Traveling Exhibition Service in collaboration with the National Museum of African American History and Culture.