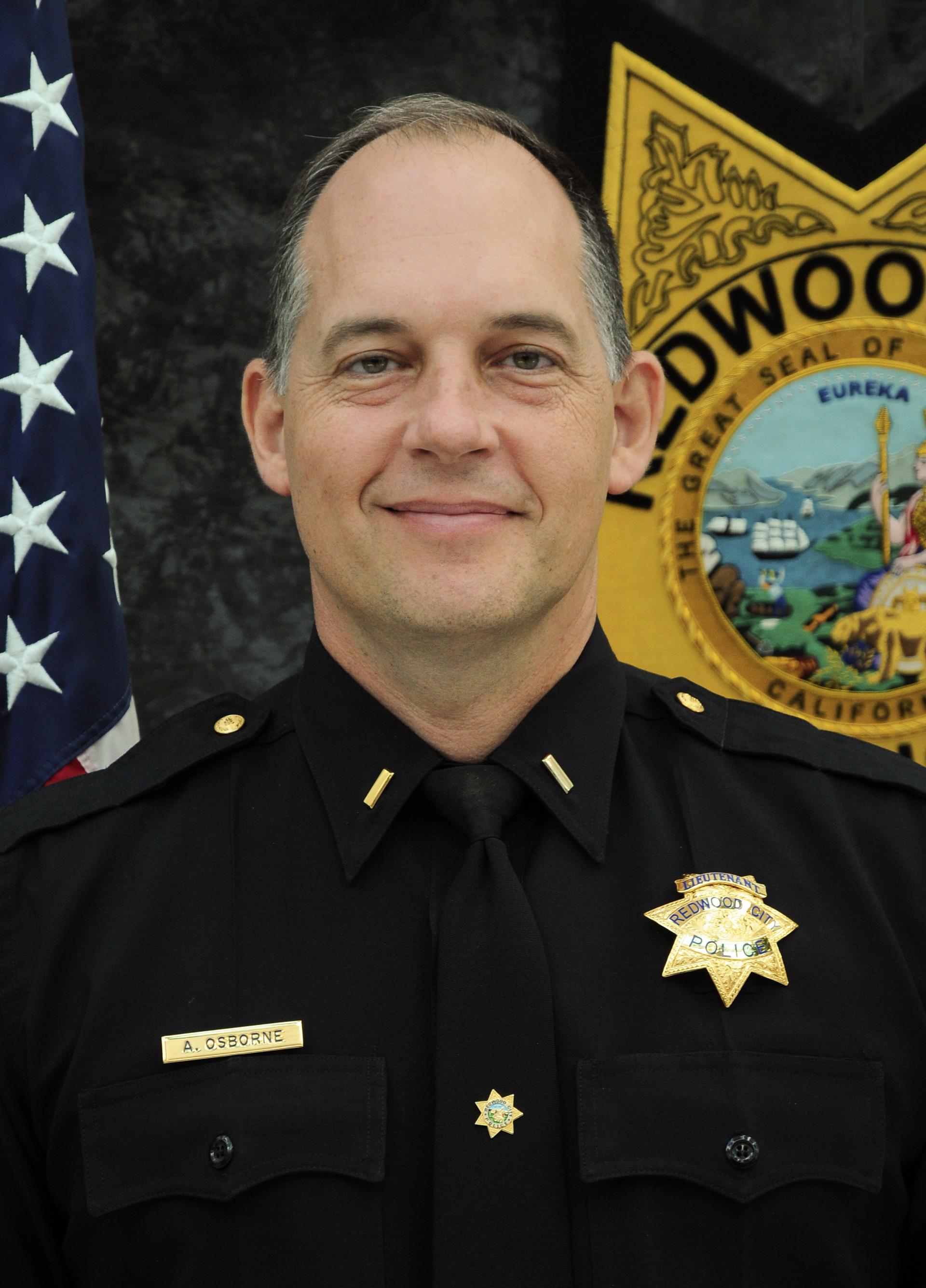 Lieutenant Osborne is the watch commander for the weekend patrol teams working Friday through Sunday.  He is the Department's SWAT Team Tactical Commander, oversees the Department’s Active Threat Response Program, the Enhanced School Safety Program, and its Threat Assessment Team.  He has also worked on the Department’s policy development team and assisted with the development of its patrol rifle program.

Lieutenant Osborne joined the Redwood City Police Department in 1994 and worked as a Patrol Officer, Field Training Officer and SWAT Team member until 1999, when he left law enforcement to become a prosecutor with the San Mateo County District Attorney's Office. In 2005, Lieutenant Osborne decided to return to his chosen profession, law enforcement, and rejoined the Redwood City Police Department. He was promoted to the rank of Sergeant in 2008, and was assigned to oversee Downtown policing activities.

He graduated from U.C. Berkeley in 1992 with a B.A. United States History.  Lt. Osborne earned his Juris Doctorate from Boalt Hall School of Law in 2002. He is also a graduate of the Inner Perspectives Leadership Program, the Redwood City Chamber of Commerce Leadership Program and the Los Angeles Police Department's West Point Leadership Program.