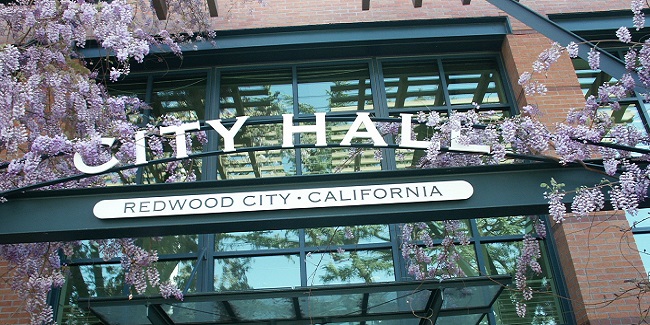 This page will be updated as election resources and information is available, so please check back regularly to gain the most up-to-date election information.

The next General Municipal Election in Redwood City will be held on Tuesday, November 3, 2020. Under Redwood City’s new district elections system, voters will only elect one Council Member for the City Council based on the district in which they are registered to vote. City Council seats in districts 1, 3, 4, and 7 will be up for election in November 2020. Voters in districts 2, 5, and 6 will not be voting to elect a Council Member during this election.

The following seats are held by the Councilmembers whose current at-large terms will end in November 2020.

To find out what council district you reside in, use the interactive map.

This election will be consolidated with the November 3, 2020 Presidential Election. For more information about all the contests that will appear on the November 2020 ballot, visit the Official Election Site for the County of San Mateo.

For Municipal Election questions, please contact the City Clerk’s office at (650) 780-7220 or by email at paguilar@redwoodcity.org.

For City related information, please contact the City Manager's Office at (650) 780-7000 or by email at mail@redwoodcity.org.

Preserving integrity and openness in the political process is a matter of highest public interest. The people of the City of Redwood City can be better served through a more informed electorate and the trust of the people is essential to representative government. Regulation of campaign contributions is necessary to promote public confidence in government and to protect the integrity of the electoral process.

In addition to other penalties provided by law, a fine of $1,000 for each violation of the campaign contribution limit may be imposed. If evidence of a violation is presented to the City Clerk, the City Clerk shall send written notice to the candidate or committee of the alleged violation and request its correction within three (3) business days of the date on the written notice. If no correction is made within the allotted time, the candidate or committee shall cease and desist all contributions, expenditures, and campaign communications, and pay the fine set forth by the ordinance to the City’s General Fund.

Prior to filing nomination papers,

As outlined in the ordinance, City Council candidates may spend $2.25 per resident in the district they are running (Section 2.154(E)). The table below represents the dollar amounts each candidate who is complying with voluntary expenditure limits may spend on their campaign for each district in November 2020.

Candidates who agree to limit campaign expenditures in accordance with the ordinance, and who comply with all aspects of the ordinance, will be allowed to submit a candidate statement to appear on the City’s election page, in addition to the statement that will appear in the County Voter Guide. Campaign statements will appear on the website in the form submitted by the candidate without editing, proofreading, or spell checking by the City Clerk. The opinions and statements set forth are those of the candidates to whom they are attributed and do not reflect the City’s official positions on issues addressed in the statements. In addition, the candidate's statement is not a City endorsement of any candidate's candidacy, and the information is submitted to the voters by the City as a service to assist voters and for informational purposes only.

Candidates who agree to limit campaign contributions and expenditures but subsequently violate the ordinance shall, within seventy-two (72) hours of the City’s knowledge of the violation:

To report a suspected violation, please contact the City Clerk’s office at 650-780-7220 or by email at paguilar@redwoodcity.org.