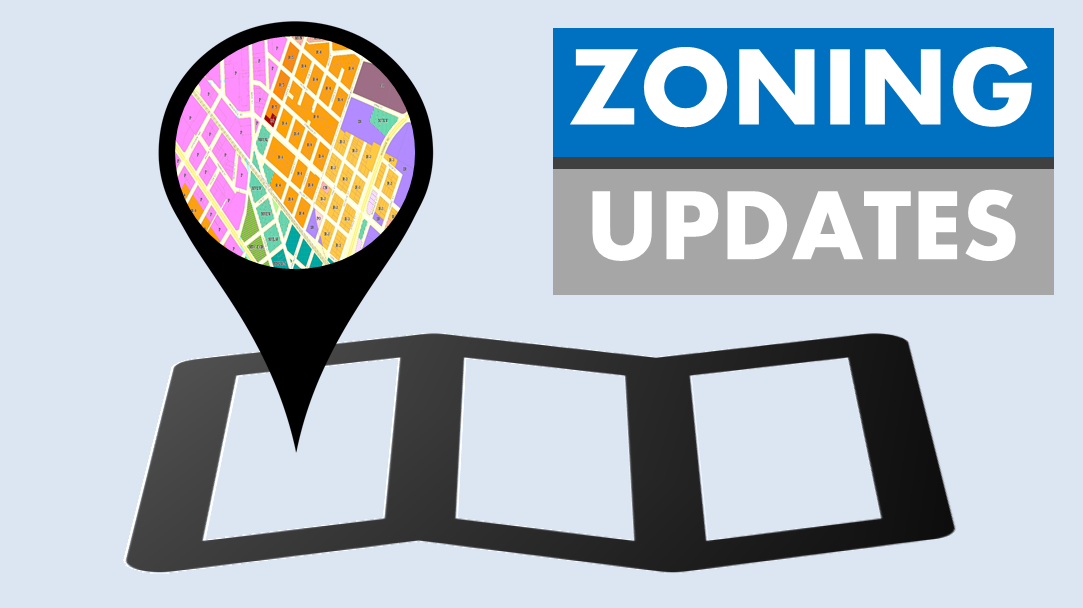 Since the adoption of the 2010 General Plan, the City has been focusing its zoning efforts on the implementation of new or updated zoning text amendments to maintain consistency between the General Plan and Zoning Ordinance. The City is now considering a multi-year process to update remaining portions of the Zoning Ordinance.

In working with the Zoning Ordinance on a day-to-day basis and answering the public's questions, staff identified issues that would benefit from additional clarity or refined regulations. This update process will address topics and issues of importance to the community, in conjunction with appropriate public outreach.

Zoning Update 2020: The annual zoning updates would include updating requirements for childcare, permit applicability, and miscellaneous zoning updates generally related to housing. The proposed amendments would remove regulations that are no longer applicable, require updating due to changes in State law, or that require process improvements. Staff will ask policy questions for potential zoning amendments and obtain policy feedback on several key questions.

The Study Session provides an overview of the next series of amendments:

Planned Development Permit: Update to modify the purpose of the permit, specify findings for approval, examine allowed deviations, and limit the number of projects that are eligible

Land Use Tables: Create a comprehensive table providing uniform land use information for 24 zoning districts in a single location. The Zoning Ordinance currently lists permitted uses separately by zoning district. The update would involve amending, adding, or removing definitions as needed to provide consistent terms about permitted and unpermitted uses. The land use tables would be separated into: Residential, Commercial, Mixed Use, and Industrial. Staff previously presented information on use tables to the Planning Commission on August 21, 2018 and January 15, 2019.

On February 22, 2016, the City Council directed staff to consider amendments to the Zoning Ordinance and Downtown Precise Plan to amend the level of review authority for certain projects. This phase will also include a reorganization of permit sections, with consolidation of common procedural requirements in a single article.

This item is being considered by the Planning Commission at their Tuesday, October 18, 2016 public hearing, and is tentatively scheduled for final Council review and adoption on Monday, November 21, 2016.

The second phase of zoning amendments included clarifying the massage ordinance, and updating uses allowed in the Commercial Neighborhood District, among other changes. See the public notice for a summary.  This item was considered by Planning Commission at their April 5, 2016 hearing and was approved by City Council on Monday, May 23, 2016. This ordinance will be effective July 13, 2016.

The first phase of zoning amendments included removing outdated language for zoning districts that no longer exist, temporary fireworks sales which are no longer allowed, and similar language. There was also miscellaneous procedural and wording cleanup as well as a reorganization of sections relating to site improvements for residential properties. The amendments were adopted by City Council on July 27, 2015.