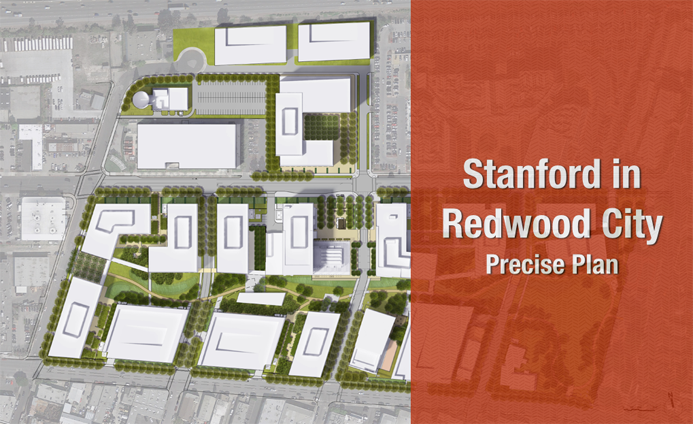 The Stanford in Redwood City Precise Plan was approved by City Council on September 9, 2013. The campus occupies a 35-acre portion of a larger 48-acre (former Mid-Point Technology Park) campus that is intersected by Broadway and bounded by Highway 101, Douglas Avenue, Bay Road and Second Avenue. The project includes administrative offices, research and development, and medical clinic space.

The Stanford Outpatient Center project was approved in 2006 prior to the adoption of the Stanford in Redwood City Precise Plan. Click here for the Planning Commission staff report, and here for the Draft Supplemental Environmental Impact Report.

In January 2016, Stanford formally submitted for the first phase of development permitted under this Precise Plan. See here for information on their proposal and upcoming meetings.