Acting Chief Pucci started his career with the Redwood City Fire Department in 1997. He attended the San Mateo County Fire Academy and was one of the first three Paramedics in the department.  During that time Dave also worked as a part time Paramedic on an ambulance providing service to San Mateo County. Dave was promoted to Captain in 2002 and to Battalion Chief in 2008. From 2009 to 2012 he was assigned as the Training Chief for the South Zone Training Group which consists of the Redwood City Fire Department, the San Carlos Fire Department, and the Woodside Fire Protection District. Dave was promoted to Deputy Chief in 2016 and served as the San Carlos Fire Department’s Chief. 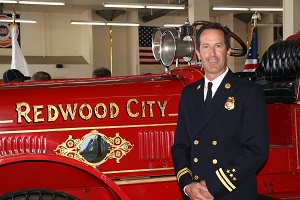 Deputy Chief Greg DaCunha started his career in the fire service in 1990 as a student firefighter at Cal Poly State University, San Luis Obispo while earning his bachelor's degree in Business Administration. He also worked as a firefighter intern with South Santa Clara County Fire District in Morgan Hill. Greg was hired by Redwood City Fire Department in 1996, and promoted to Captain in 2004. As a Firefighter Engineer and Captain, he worked on the truck company and all engine companies in the City. As a Captain, he managed several of the Department's material operating budgets, was a member of the Department's staffing committee, and also assisted in the purchase of the Department and County's 2 1/2" High-Rise equipment complement. Greg started the San Mateo County Public Safety Memorial Service 15 years ago and still acts as the Incident Commander for the annual event. Greg was also an active member of the Redwood City Firefighter's Association, serving as Treasurer and Executive Board Member, Shop Steward, and also a member of the Negotiations Team and Advisory Committee. Greg was promoted to Battalion Chief in 2017 where he worked on "C" Shift. In 2019 he was promoted to Deputy Chief. 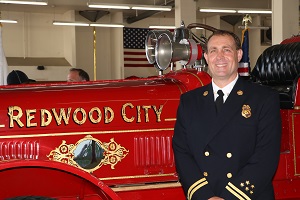 Battalion Chief Chuck Lax has been with the Redwood City Fire Department since July of 2013. Chuck’s fire service career started in 1991 as a Fire Prevention Assistant with South County Fire Authority and as a Volunteer Firefighter with the Pacifica Fire Department.  In 1995, Chuck became a full-time Firefighter with South County Fire Authority and was promoted to Fire Captain in 2000. During Chuck’s years with South County Fire (later Belmont-San Carlos Fire), he served on the San Mateo County Haz Mat Team, assisted in the rebuilding of Fire Station 14, and was on the Fire Apparatus Committee…..just to name a few. 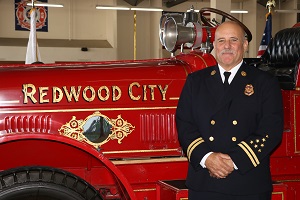 Additionally, Dan has been a part of the San Mateo County in-service Fire Academy team, where he served as a director for over 12 years.  The past 24 years, he’s been a member of the FEMA Urban Search and Rescue team (USAR). As a member of the USAR team, Dan was deployed to Hurricane’s Iniki and Katrina as part of the federal response. 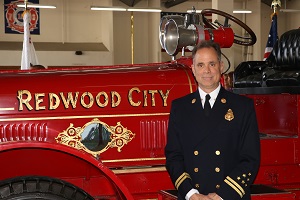 Battalion Chief Balton joined the Redwood City Fire Department in August of 1990. As a Firefighter, he was assigned to the Truck Company and has worked at all engine companies in the City. In 1996 he was promoted to Captain and commanded Engine's 11 and 10.

In 2000, he was promoted to Battalion Chief and currently serves as the "A" Platoon Battalion Chief. He is a Certified Strike Team Leader, Division Group Supervisor, and the Incident Safety Officer. Geoff also teaches in the San Mateo County Fire Academy. 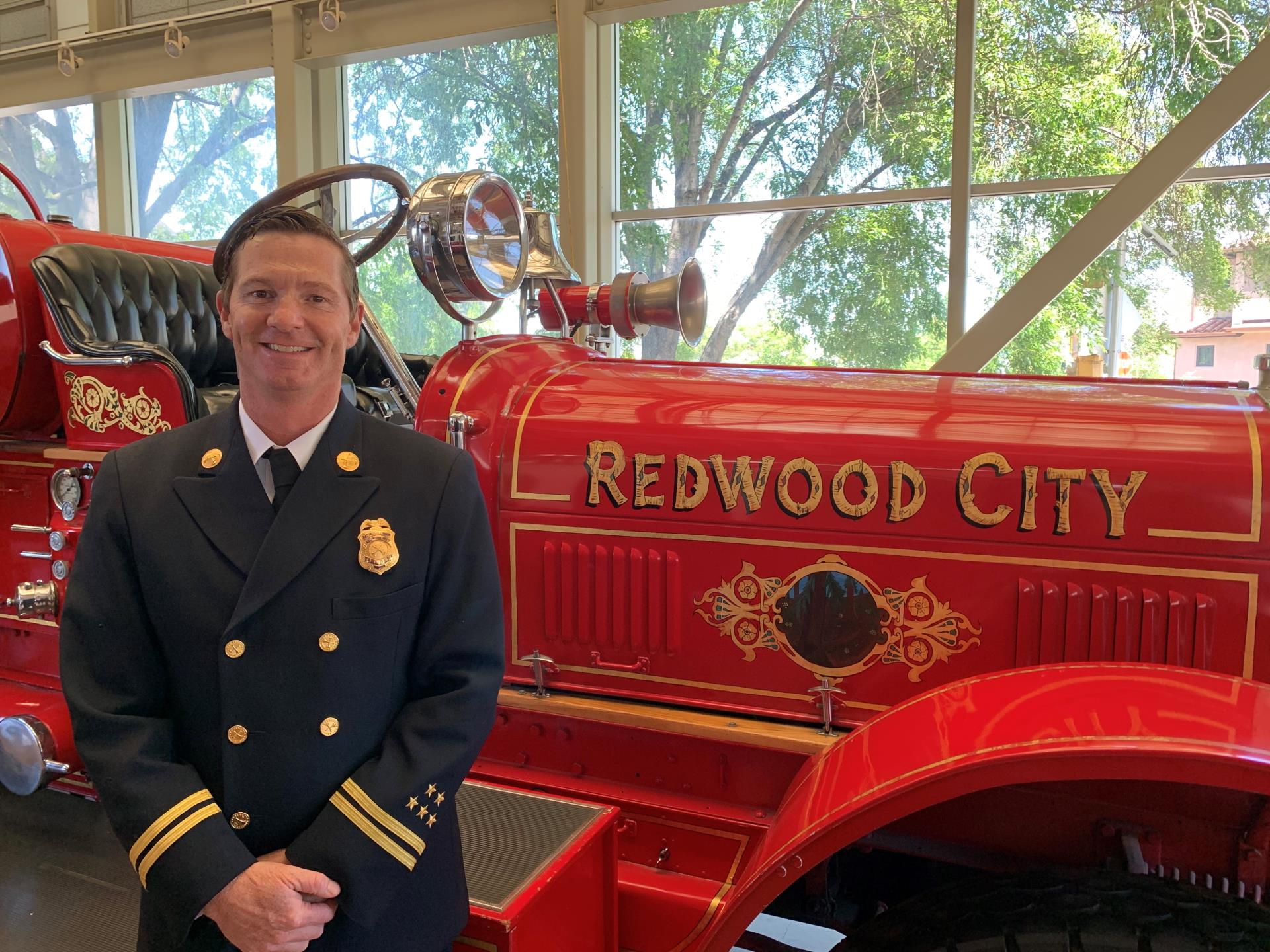 Marc started his fire service career with Cal Fire serving as a seasonal wildland firefighter on a Type 3 engine company. He worked as a paid-call firefighter with Donner Summit Fire Department where he was eventually hired full-time and promoted to Lieutenant Paramedic.  Marc moved onto the Half Moon Bay Fire Protection District as a Firefighter/Paramedic where he spent over 3 years before joining the Redwood City Fire Department. 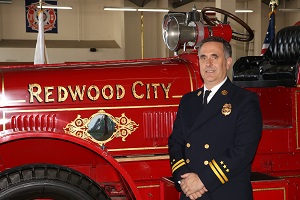 Chief Silici’s experience in pre-hospital care began after graduation from Westmoor High School in Daly City in 1987.  Within the year he became an Emergency Medical Technician (EMT).

In 1989, he became a Paramedic and relocated from the Bay Area to Riverside, California. He worked for Goodhew Ambulance and was stationed out of Riverside Fire Department.  His passion for pre-hospital medical care and fire suppression continued to grow.

In 1993, he transferred back to San Mateo County and worked for Bay Star Ambulance Company.  Within his first year he became a preceptor, 5 call evaluator and an American Heart Association instructor in all disciplines.

As San Mateo County moved towards Model B (a firefighter/paramedic on every fire engine) Chief Silici was instrumental in the training of San Mateo County firefighters that were becoming paramedics.  In 1999, he was hired by Woodside Fire Protections District as a Firefighter/Paramedic.  Chief Silici continued teaching and evaluating fellow future paramedics from Woodside, Menlo Park and Redwood City Fire agencies. 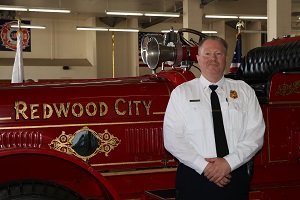 The Fire Department welcomed its new Fire Marshal, Gareth Harris, to the Redwood City community in June 2017. Harris comes to Redwood City with over 29 years of fire service experience. Harris has served as Fire Marshal in the communities of Sausalito, Half Moon Bay, and most recently, Lake Tahoe. Harris has an MBA in Public Administration and a Bachelor’s Degree in Business Management.