The Grand Hotel caught fire and burnt to the ground in 1897. After the debris was removed, the corner became a weekly site for concerts by the Redwood City Band for the next two years; much like the current concerts on Courthouse Square.

This is the site of the current Fitzpatrick Professional Center at 2000 Broadway. During the 1906 earthquake, its dome fell and landed in the street. 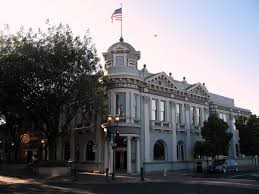 The Redwood City Courthouse was severely damaged by the 1906 earthquake. It is now the site of today's Courthouse Square. 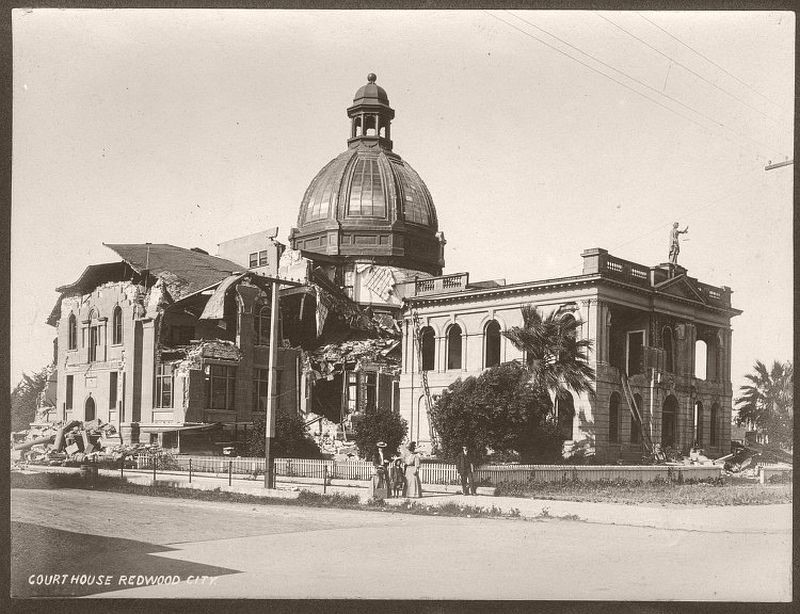 From 1864–1959 Redwood City was home to numerous industries vital to the local and national economy, including tanning, the process of making leather. One of the largest tanneries in the world was the renowned S.H. Frank Tannery, which operated on Redwood Creek from 1874–1959. At its peak the tannery produced nearly 13 tons of leather each week. Tannins from red oak trees in the area enabled Frank’s tannery to produce “the strongest leather in the world.” By 1897 Frank’s Tannery became a large-scale industry with business contacts all over the world.

World War I took a toll on the tanning industry as mechanization took over. Frank’s was able to continue its success by developing a new product called “Logger’s Oak” that was used as a sturdy sole leather for boots. It had the ability to hold the seams of boots even when wet. The tanning industry began to see a decline after World War II as metal began to replace leather. Due to the decline in the industry’s growth, Frank’s closed its doors in 1959. 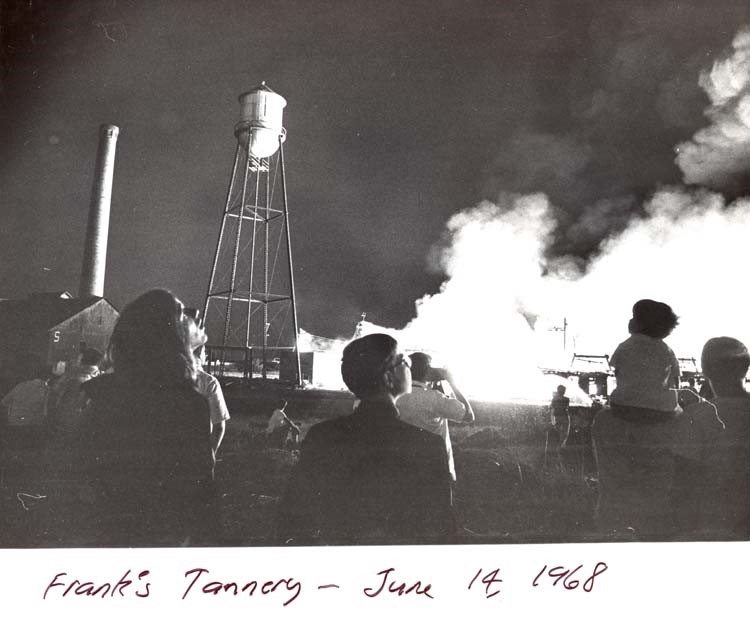 Spectators watch Frank's Tannery fire (1968). On the night of June 14, 1968, the abandoned buildings, all except for the brick chimney and water tower, burned to the ground. Firefighter Jim Serra, sailed the 1958 wooden fire boat up Redwood Creek to help fight this fire. This photograph was taken by Reginald McGovern.