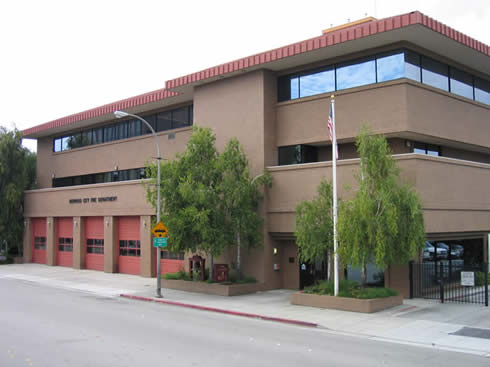 After the Coalinga Earthquake in 1984, an engineering study found the fire station at 1044 Middlefield Road to be substandard (presently the Main Library). At the time, it was said that the only thing holding the building up were the termites holding hands. The fire suppression crews were quickly moved to temporary buildings in a parking lot on Franklin Street, in front of what is now the Sequoia Station Safeway store. In the meantime, a new fire station was designed and built. The new fire station at 755 Marshall Street was dedicated on June 15, 1987.

A piece of Redwood City’s history resides in front of Station 9, a cast metal bell, once used to call the Volunteer Firemen to duty. On June 6, 1864, the Redwood City Volunteer Fire Department paid $184.25 for the bell. No one is sure just when the bell sounded the call for the last time, but it rests in a place of honor, less than 200 feet from the site of the first Redwood City Fire Station at what is now Marshall and Main. 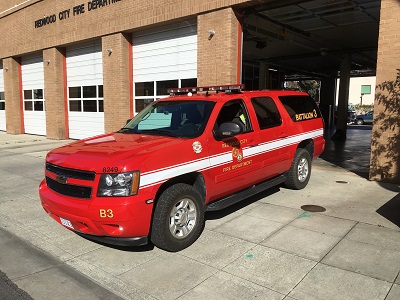 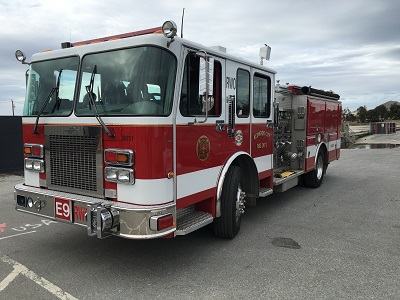 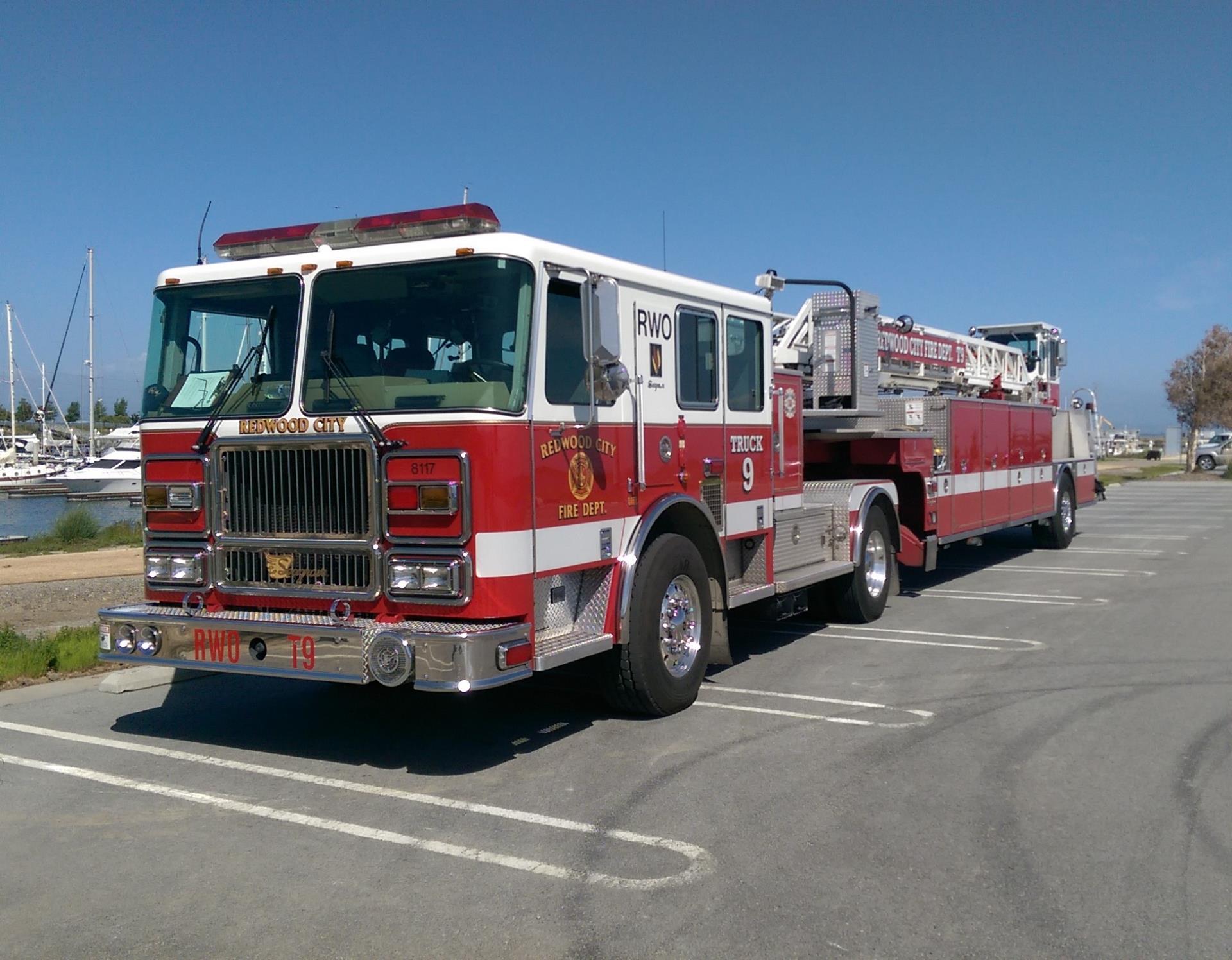 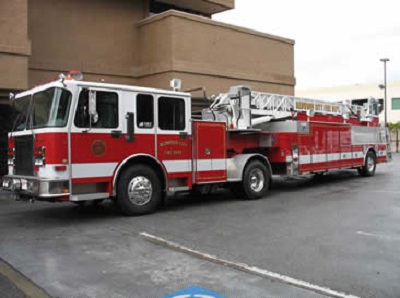 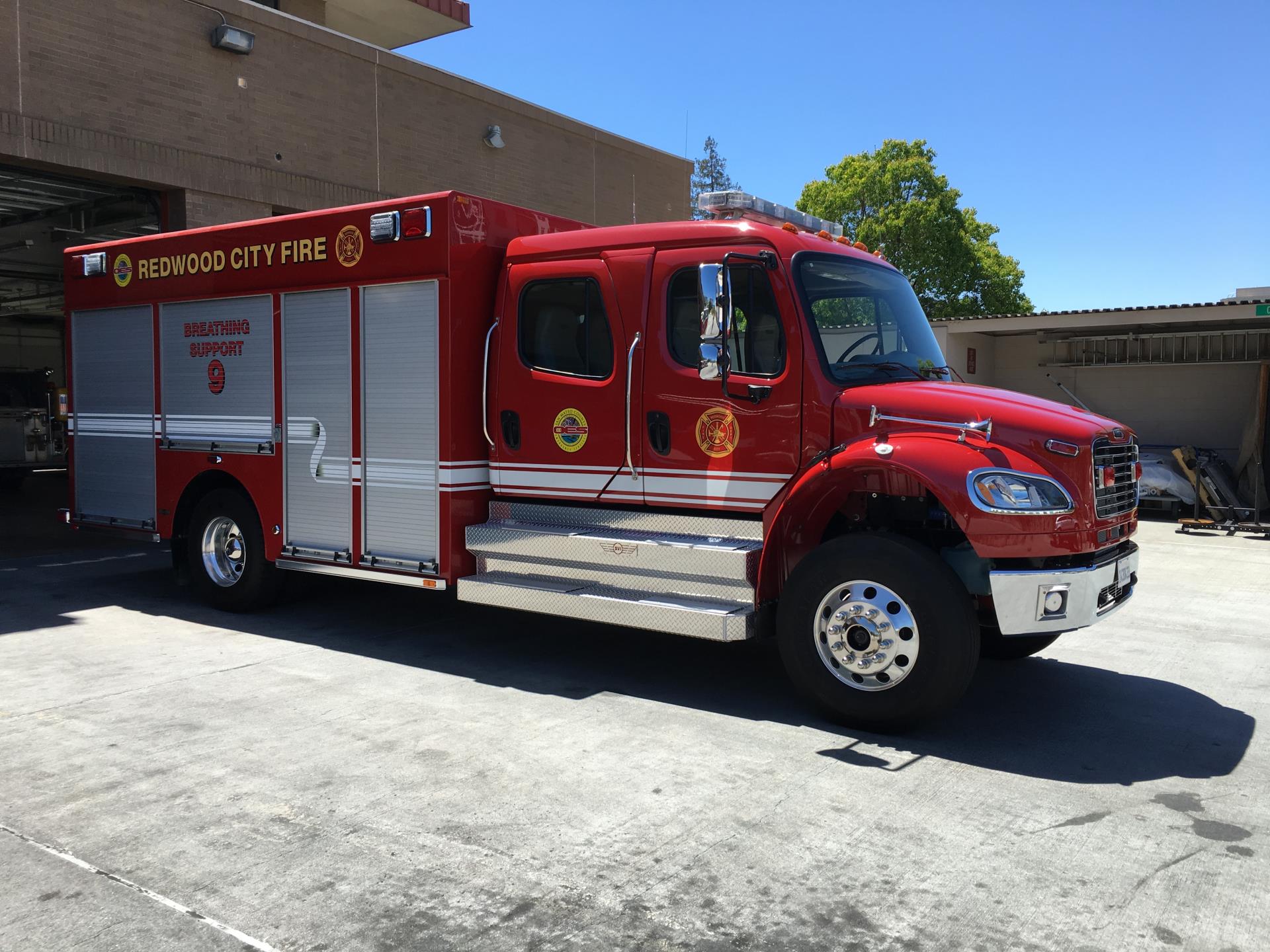 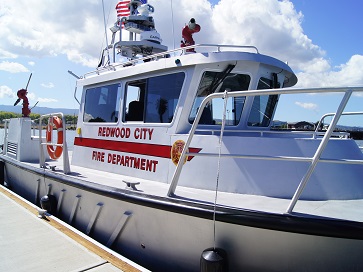 Dedicated March 20, 1982, Station 10 is two stories with a storage loft. Four bedrooms are on the 2nd floor, with separate bathroom facilities for men and women. Originally this station was Redwood City Fire Department Station 2. After a county-wide numbering system was put into practice Station 2 became Station 10. The district Station 10 responds to first is bordered by El Camino Real to the East, Alameda de las Pulgas to the West, Woodside Road to the South and Edgewood Road to the north. This is the largest geographical district in the City. Station 10 is staffed with a captain, a firefighter and a firefighter/paramedic. Station 10 houses Engine 10 and Reserve Engine 110. 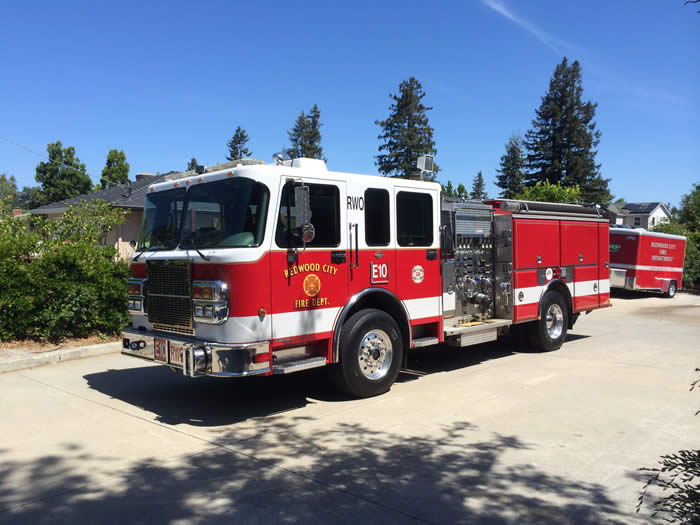 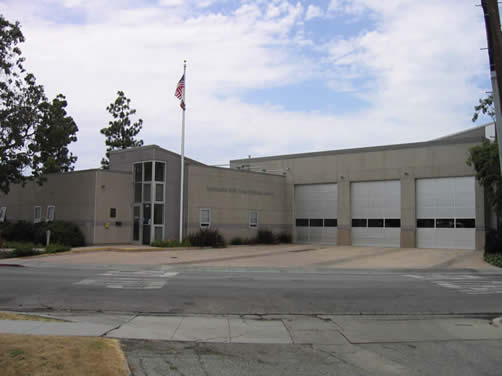 Station #11 originally opened as station #3 in 1952 at the corner of what is now Bay & 2nd Avenue. At the time, there were very few houses in the district and the streets weren’t even paved.

Due to seismic concerns, that station was demolished in 2001 and the new Station #11 was opened in January 2001 just down the street at the corner of Broadway and 2nd Avenue. Station #11’s district is roughly bordered by Woodside Road, Marsh Road, Middlefield Road and East Bayshore. The district also borders Menlo Park and Atherton, where mutual aid is provided. District #11 has a variety of different buildings that we protect including commercial, industrial, retail, residential and three elementary schools. US 101 also runs through the district.

Station 11 is staffed with a captain, a firefighter and a firefighter/paramedic. Station 11 houses Engine 11, Utility 11, and Boat 11. Boat 11 is an inflatable 20 ft. Zodiac. Station 11 also has a 1926 antique Seagrave pumper. It is used during the year for activities such as the 4th of July parade and chauffeuring Santa Claus around town during the holidays. 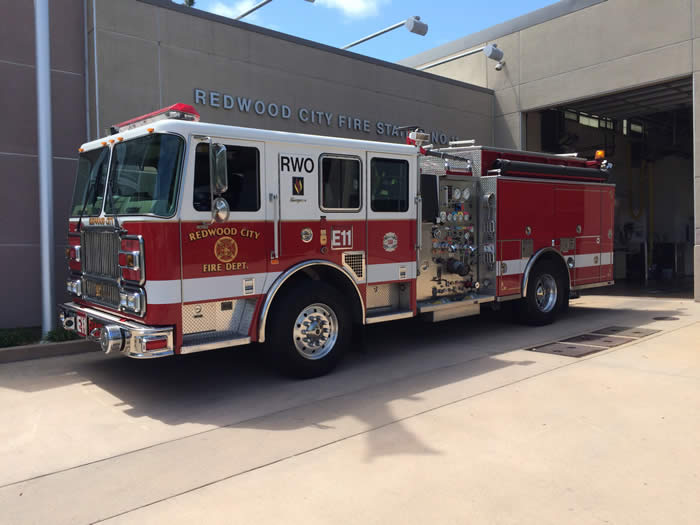 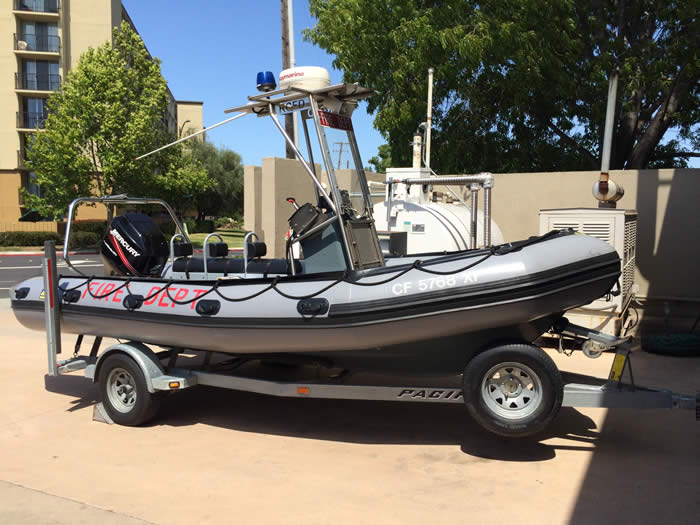 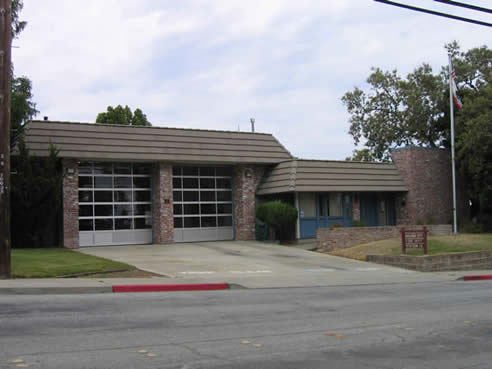 Fire Station 12 was dedicated on Sept. 21, 1969 as Station 4 by the Redwood City Council and Fire Chief Joseph Lodi (see history). Chief Lodi was Redwood City Fire Department's second paid Fire Chief. At this time, the building on the site is the oldest fire station in Redwood City and was the fourth fire station built for the paid Redwood City Fire Department. Located at the top of Highland at Jefferson, the station grounds are graced with an impressive old black oak tree. Station 12 has a magnificent view of the south end of the San Francisco Bay and its surrounding communities. Station 12 is staffed with a captain, a firefighter and a firefighter/paramedic. Station 12 houses Engine 12 and Patrol 12. 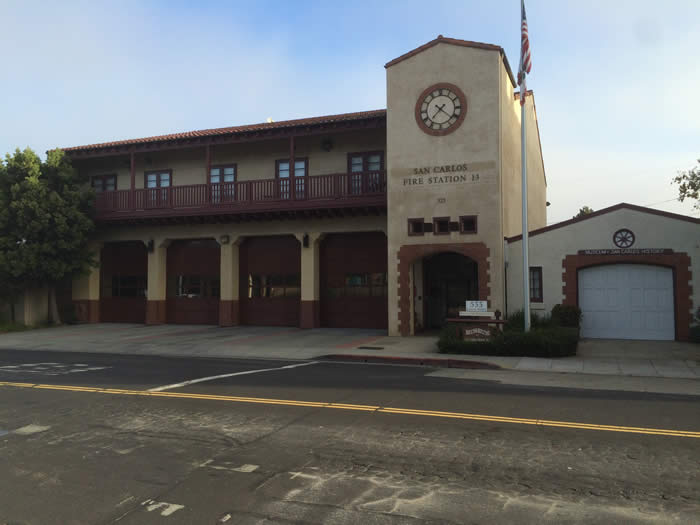 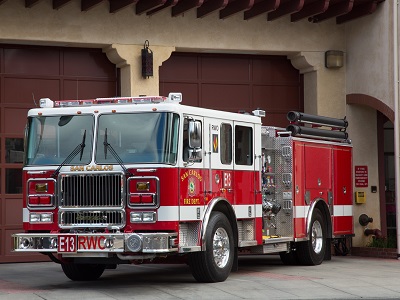 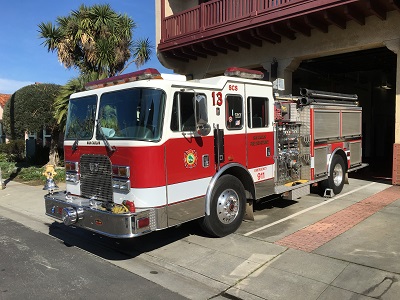 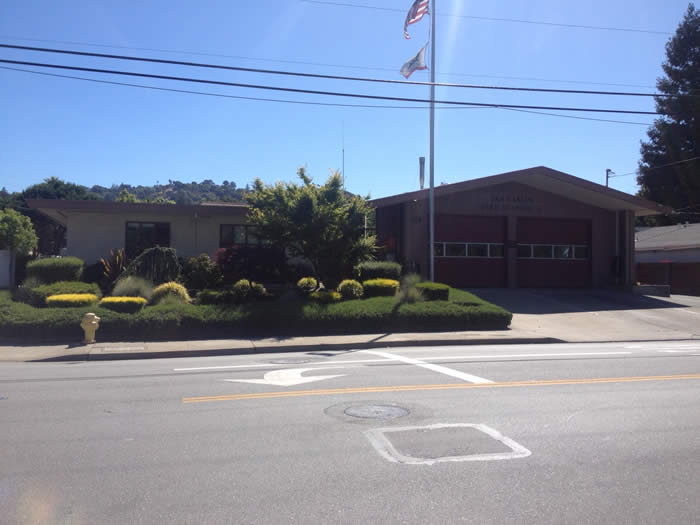 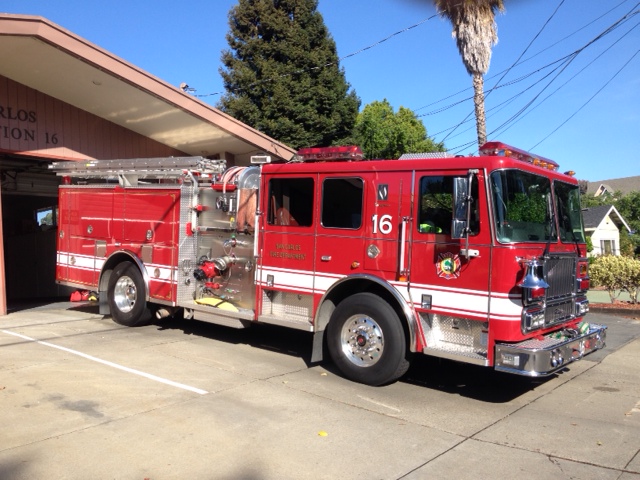 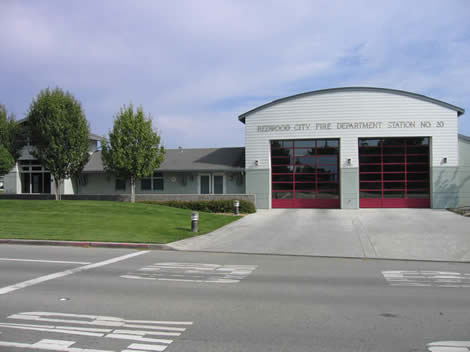 Station 20 opened in May of 1998. Serving the citizens of Redwood City from its first due area of Redwood Shores. Within Station 20’s district is Sandpiper School and Community Center as well as the home of Electronic Arts and Oracle Corporation.

Station 20 is staffed with a captain, a firefighter and a firefighter/paramedic. Station 20 houses Engine 20, Reserve Engine 120 and Boat 20. Boat 20 is a small zodiac boat for rescue purposes in the lagoons and waterways surrounding Redwood Shores. 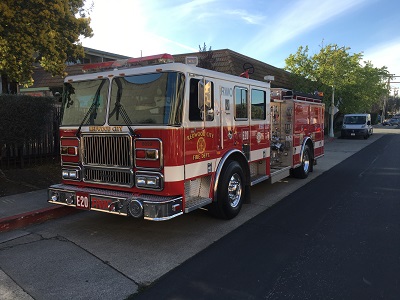