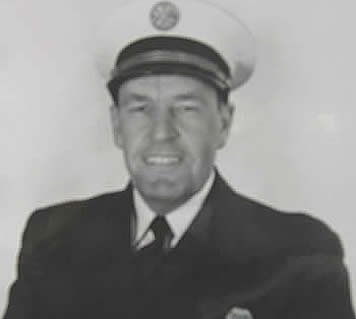 Richard ‘Dick’ Drivon died of an apparent heart attack on April 9, 1954. He devoted half of his life to the Redwood City Fire Service.

On April 9, 1954 Chief Drivon was on the witness stand in Superior Court testifying as a key witness in an arson trial. He was testifying for the prosecution. At one point during cross-examination, Chief Drivon leaned forward and placed his head in his hands. It appeared that Fire Marshal Drivon was pondering his answer to a question. As he leaned forward the judge called for a short recess and it was then that Chief Drivon fell to the floor. The Fire Chief and the responding fire crews did everything humanly possible to try to resuscitate him. He was pronounced dead upon arrival at Sequoia Hospital.

On September 23, 1961, a 40 foot long by 14 foot wide Surplus Coast Guard Fire Boat arrived from Port Hueneme to the port of Redwood City. The fire boat was equipped with 3 deck nozzles capable of discharging 2000 gallons per minute. The boat was dedicated and named the “Richard Drivon” in memory of the first Fire Marshal of Redwood City.

Through the efforts and initiative of present members of the Redwood City Fire Department, Chief Drivon’s name is etched on the California Firefighter Memorial on the lawn of the State Capitol in Sacramento. A memorial plaque is located on the third Floor of the Fire Station 9 and a bronze name plate is located at Station 10.

On Monday, February 5, 2001, Firefighter Matt Smith collapsed and died of a cardiac related incident during his workout at Station 12 in Redwood City, despite attempts by co-workers and doctors to revive him.

Matt is remembered as one who was loyal to family and fire fighting, a former Marine, and perpetual joker/prankster around the station. He was 6 feet, 6 inches tall and weighed 275 pounds. Despite his intimidating physical presence, he was a gentle giant. On his days off, Matt enjoyed many outdoor hobbies such as fishing, hunting and motorcycle riding. He was also a conscientious general contractor who did work for many co-workers.

Matt is survived by his wife Carla, Peter his son, and Alexis his daughter, as well as his father, mother and two sisters. 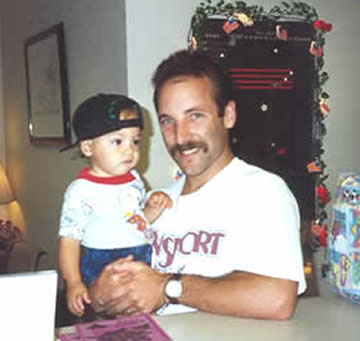 Captain Robert "Bob" Walsh was born on November 21, 1964 and passed away at the age of 38 on July 16, 2003 after a courageous three-year battle with cancer. Bob was diagnosed with cancer in August of 2000. After surgery and extensive rehabilitation, Bob was able to return to full duty as a Fire Captain until the cancer reoccurred and ultimately took his life.

Bob was a dedicated fire fighter and family man. He consistently challenged himself and his crew to achieve their maximum. He was a lover of the outdoors with his favorite outdoor activity being fishing.