Serving and Protecting Redwood City since 1867 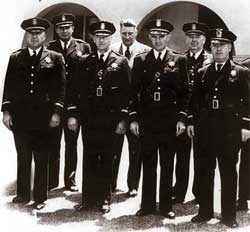 Redwood City was incorporated in 1867. A Town Marshal first provided police protection. The Marshal was an elected position. Support for the Marshal came from the Sheriff’s Office. Years later the position of Town Marshal was changed to Police Chief. In 1913 a second position was created.

Marshals and police chiefs occupied various shared spaces until a police building station was built in 1957 on Middlefield Road across from today's  City Hall.

Today the Redwood City Police Department has a total of 96 total sworn officers and numerous support staff. The Department moved into the current police station at 1301 Maple Street in 1993.

The following persons have previously served as Marshals or Police Chiefs for the City of Redwood City: 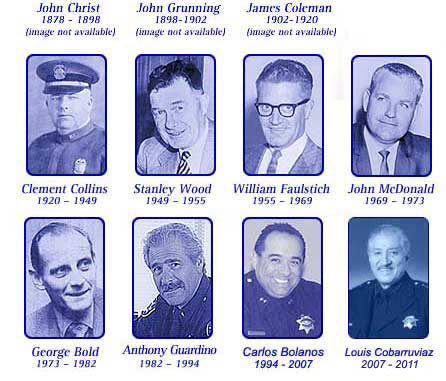 The Redwood City Police Historical Society was formed to preserve and promote the Department's history. Those wishing to donate historical documents or other items may contact Captain John Spicer at 650-780-7130.