Officer Herman Fleishman, Sergeant George Garrett and Officer Gerardo A. Silva gave their lives in the line of duty. Officer Fleishman was struck by a vehicle while he was standing by the side of the road arresting a suspect. Sergeant Garrett was shot during a bank robbery as he pushed an employee out of the line of fire, saving her life. Each year on the anniversary of their deaths, all Department members honor the memory of these men by reading their individual stories aloud at shift briefings, and the flags are flown at half staff for the day. 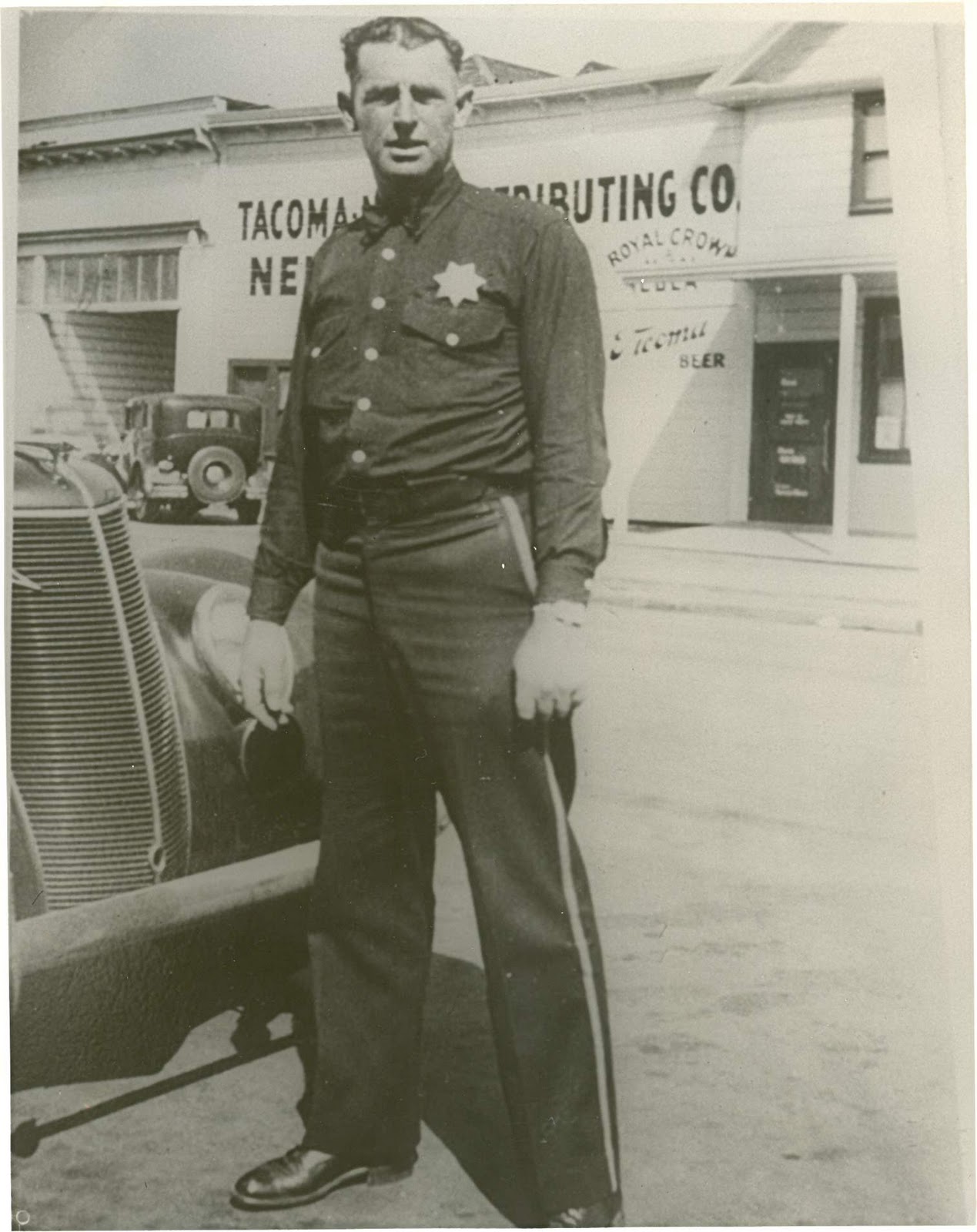 On Sunday, January 22, 1939, at about 2:15 AM, Officer Fleishman was working patrol when he observed a car speeding about 60 miles per hour along El Camino Real. Fleishman and his partner, Special Officer Mark Ryan gave chase and pursued the car north on El Camino Real from Five Points into the City of San Carlos, where it was stopped near Brittan Avenue. The driver, George Devin, stopped the car in the number two lane and Fleishman pulled the patrol car off the right side of the road behind Devin’s car. The two were standing behind Devin’s car as Fleishman was issuing a citation. A call on the police radio summoned Officer Ryan to the patrol car. Seconds later, a crash to the rear of the violator’s car pinned Fleishman and Devin between the two cars. Fleishman’s left leg and both of Devin’s legs were sheared off. It was reported that after the accident, Fleishman attempted to get up from the pavement and crawled to Devin’s side to give him first aid. He then reportedly directed Officer Ryan to issue a citation to the driver of the car that hit them.

The impact sent Devin’s car more than 200 feet across the highway (El Camino Real), over a curb, and into a vacant lot. Fleishman and Devin were rushed to Mills Memorial Hospital where they died of their injuries just before noon. The driver of the other vehicle, Robert Lee, was charged with negligent homicide.

Forty two years old, Fleishman was survived by his wife and two daughters. In July 1939, city officials dedicated Fleishman Park in his honor. 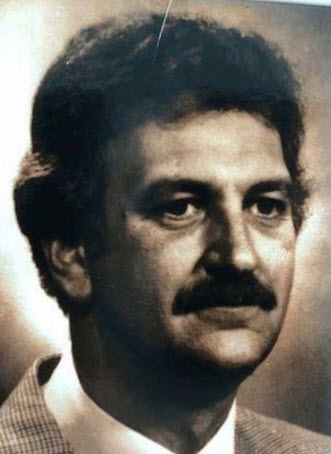 On Friday, May 8, 1981, at 12:04 PM, Redwood City Dispatch received a phone call advising of a possible bomb threat inside Bank of America located at 110 California Street. The call was followed by a silent alarm activation two minutes later. Four plain clothes officers from the Vice/Intelligence/Narcotics Unit responded to the bank from the Police Department. Sergeant George Garrett arrived first and entered the bank through the Winklebleck Street doors. Business appeared to be normal. Detective Dale Switzer arrived in another car with Detective Ron Brooks and Detective Robert Peele. Detective Switzer went in the El Camino doors followed seconds later by Detective Brooks. Detective Peele parked the car and notified dispatch of their arrival.

The bank was crowded with customers. Sergeant Garrett walked toward the branch manager where she was seated with a man later identified as Raleigh Porche. Garrett put his hand on Porche’s shoulder, asked him how he was doing. Porche immediately pulled a gun from his waistband. As he did so, Garrett reached across the desk and pushed the bank manager out of the line of fire as he was reaching for his own gun. Porche shot Sergeant Garrett once between the eyes and once in the chest. Porche started to walk away as Detective Switzer ran toward him. Detectives Switzer and Brooks opened fire on Porche, with Detective Switzer killing him. Detective Peele was also shot twice in the arm during the shooting.

The funeral for Sergeant Garrett was attended by 1,400 guests, most of which were police officers in full dress uniform. He was buried at Skyline Memorial Park. He was portrayed as a hero who took the time to shove a bank employee out of the line of fire before turning to face the robber. He was praised for his extensive work with the community’s youth, having given narcotics presentations to various school and public groups on his own time.

The suspect, Raleigh Porche, age 36. Porche was an ex-convict released in a Mexican prisoner exchange program. He was later connected to two other bank robberies.

Thirty nine years old, Garrett was survived by his wife, who was eight months pregnant with their first child. Nineteen days after his murder, his daughter Nicole was born. In July 1981, city officials dedicated George L. Garrett Junior Memorial Park in his honor. 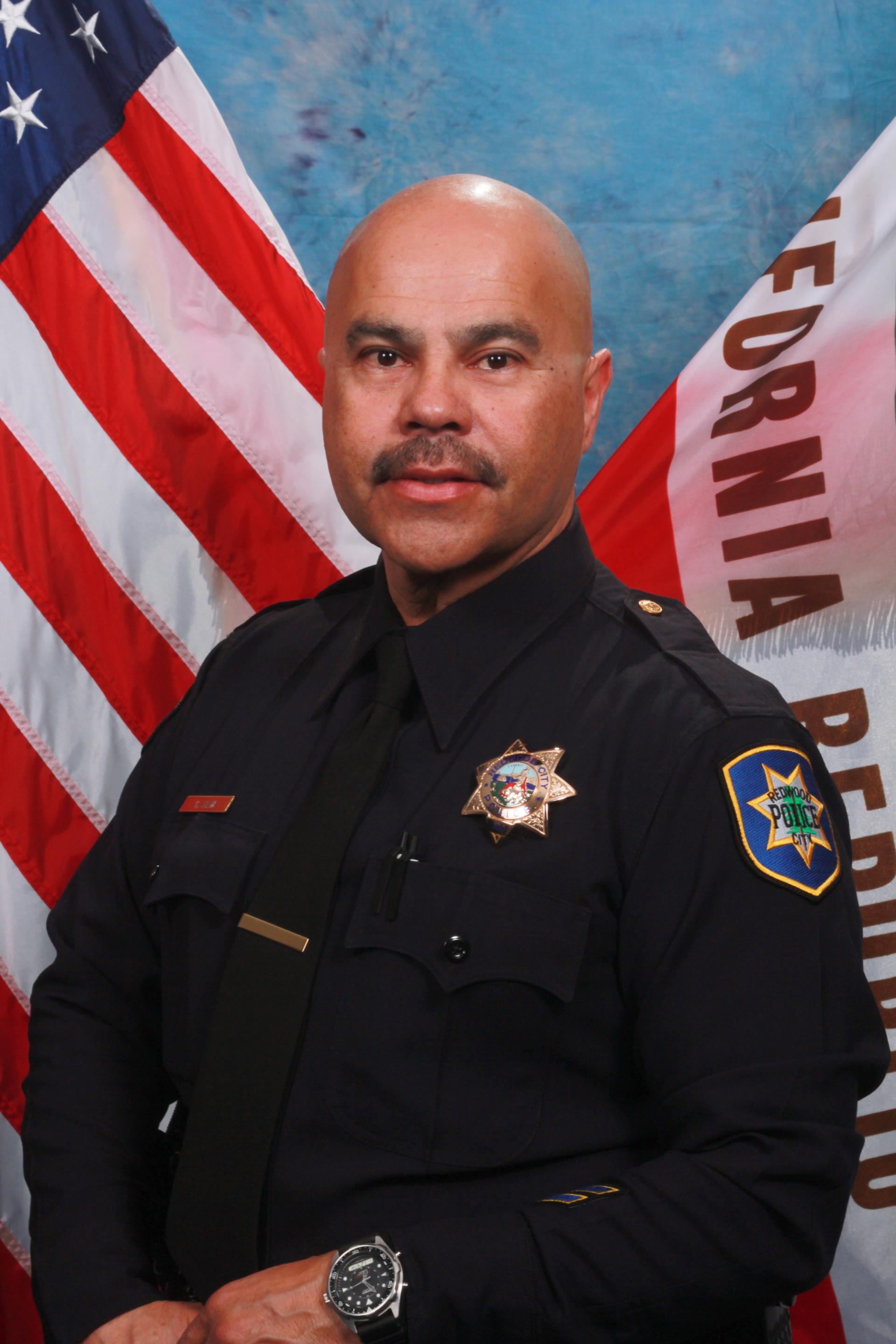 Officer Silva began his patrol shift on Friday, January 20, 2017 at 6 a.m., and was dispatched to the police station's front lobby to meet a property theft victim and to conduct an investigation at 8:57 a.m. When Officer Silva did not return to service after an extended period of time, a search for his whereabouts began. Dispatchers and supervisors called him on the radio and checked the GPS location of his assigned patrol vehicle. When the search revealed Officer Silva's patrol vehicle was parked at the police department, a physical search of the police facility was initiated. At 12:40 p.m., searchers discovered the door to the second floor single-use bathroom locked, and no response was received from inside. The door was forced open, and Officer Silva was found unresponsive on the floor. Officers initiated immediate life-saving efforts including CPR and the use of an automatic external defibrillator. Redwood City Fire Department and emergency medical personnel arrived and began advanced life support measures. Officer Silva was transported via ambulance to Kaiser Hospital in Redwood City where he continued to receive advanced medical treatment in the Emergency Room. Despite the extensive efforts of all personnel involved, Officer Silva died of a heart attack at 1:30 p.m.

Officer Silva began his career with the Redwood City Police Department as a Reserve Police Officer in 1993. He served briefly as a Parking Enforcement Officer before being hired as a full-time sworn Police Officer in 1999. Officer Gerardo Silva will always be remembered for his perpetual kindness, easy-going and good natured demeanor, and especially his tremendous devotion to the community in which he lived and served. Officer Silva is survived by his wife Addy and step-daughter Bianca.