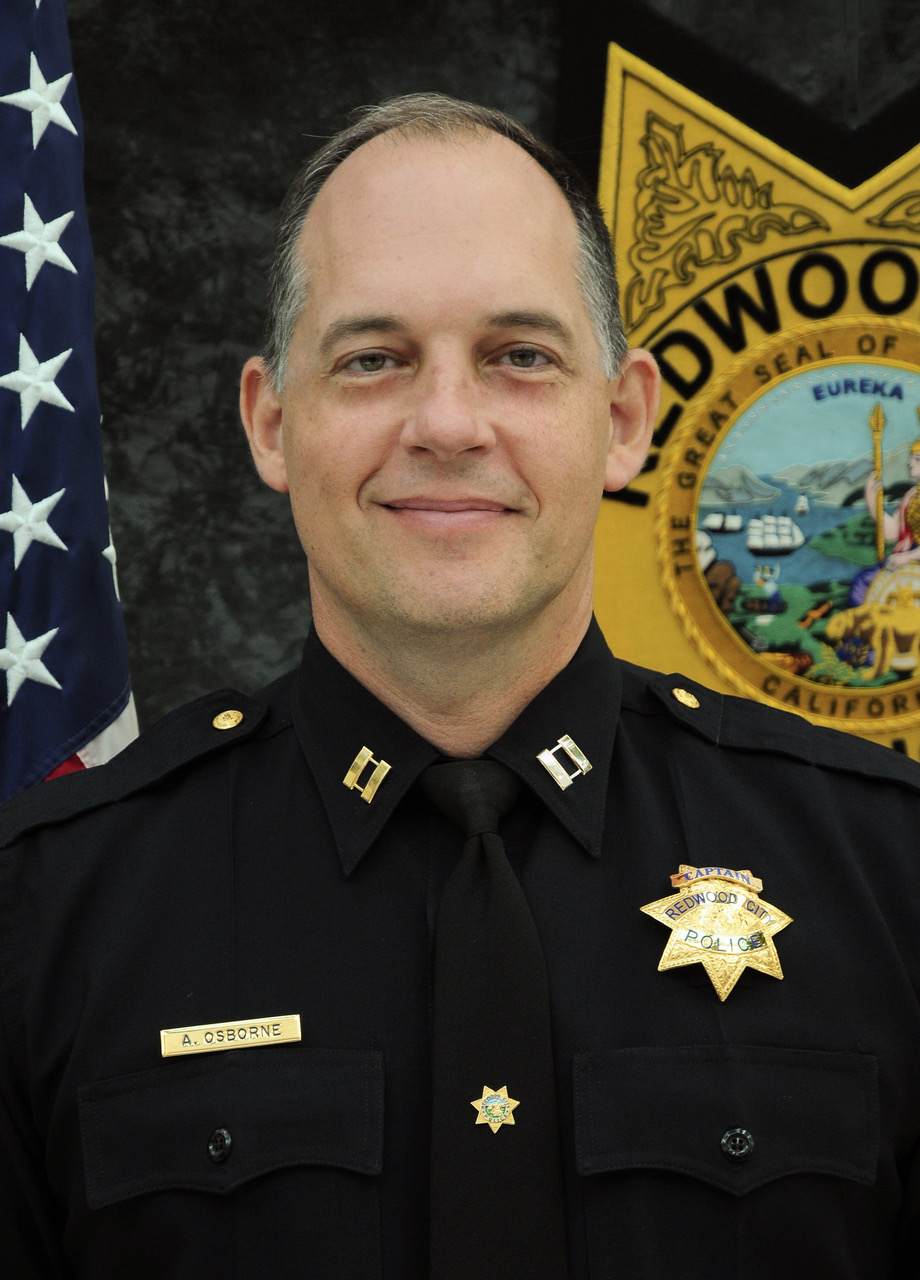 Captain Osborne first joined the Redwood City Police Department in 1994 and currently oversees the Patrol Services Division. During his early years with the Department, he worked as a Patrol Officer, Field Training Officer, and SWAT Team member until 1999, when he left law enforcement to pursue other career opportunities. In 2005, Captain Osborne rejoined the Redwood City Police Department and worked as a Patrol Officer, then Detective before being promoted to the rank of Sergeant in 2008. His first assignment as a sergeant was in the Patrol Services Division where he was supervised a patrol team. He later moved into the Traffic Sergeant position where he was responsible for developing the Department’s traffic safety plans, as well as managing the Department’s traffic safety grants, DUI checkpoints, Traffic Officers, and Parking Enforcement Unit. In 2012, he took over supervision of the Detective Unit, overseeing all Detectives, a Juvenile Detective, the Juvenile Services Unit, and the Property/Evidence Unit. He has also served as the Administrative Sergeant and held collateral assignments Reserve Unit Commander, SWAT Team Leader, and SWAT Team Tactical Commander. In 2015, he was promoted to the rank of Lieutenant and was assigned as a patrol watch commander, responsible for the oversight of three patrol teams and two specialized patrol units. During this time, Captain Osborne developed and ran the Department’s Active Shooter Response Training Program for schools, religious institutions, and private businesses. He also assisted with the development of the San Mateo County Student Threat Assessment Team and led the effort to develop the San Mateo County Adult Threat Advisory Team.

Captain Osborne was raised in Southern California and moved to the Bay Area in 1988. He graduated from U.C. Berkeley in 1992 with a B.A. U.S. History and earned his J.D. degree from Boalt Hall School of Law in 2002. He went on to work in both private practice and as a Deputy District Attorney in San Mateo County before returning to law enforcement. Captain Osborne is a graduate of the Inner Perspectives Leadership Program, the Redwood City Chamber of Commerce Leadership Program and the Los Angeles Police Department Leadership Program.