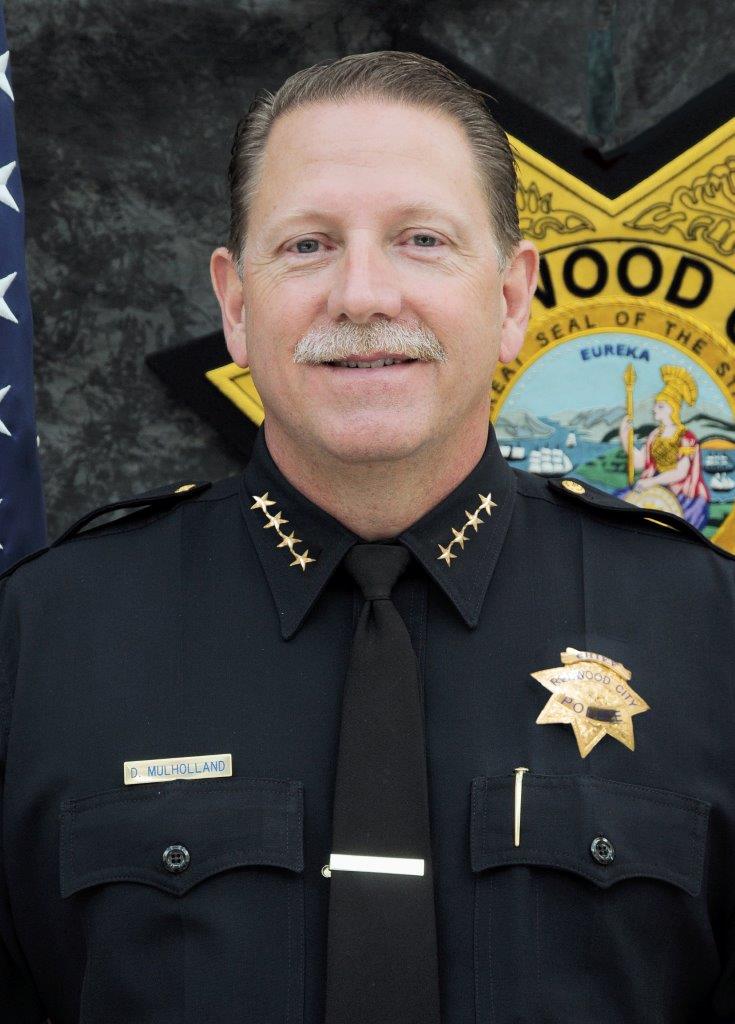 Chief Mulholland’s public safety service to the Community of Redwood City has spanned more than three decades. He was sworn in as the Chief of Police on February 20, 2018 and oversees a department comprised of 128 sworn personnel and support staff. Redwood City was incorporated in 1867 and encompasses approximately 19 square miles. It is a richly diverse community with a population of approximately 88,000 residents.

Chief Mulholland began his career in 1985 as a civilian Community Service Officer.  He remained in this position for over two years before being hired as a sworn officer in 1987. Chief Mulholland held a variety of assignments during 12 years of service as a Patrol Officer including Field Training Officer, Community Policing Officer, Firearms Instructor, Detective and SWAT team member. In 1999, Chief Mulholland promoted to the rank of Sergeant where he also completed a variety of specialized assignments including Patrol, Traffic, Administrative and Investigations supervisory functions, as well as SWAT Team Leader, SWAT Commander and Co-Team Leader of the San Mateo County Terrorist Counter Assault Team.  Chief Mulholland served the Redwood City Police Department as the Acting Patrol Division Commander for two years prior to his formal promotion to the rank of Captain in 2012. During his tenure as a Captain, Chief Mulholland commanded the Patrol Division and the Administrative Services Division of the police department prior to his appointment to Chief in 2018.

Chief Mulholland holds a Bachelor of Arts degree in Sociology from the University of California at Berkeley, and an Associate of Arts degree in Liberal Studies from the College of San Mateo. He is a graduate of numerous management and leadership training programs including the Inner Perspectives Leadership Course, the Leadership Redwood City, San Carlos and Belmont course, the P.O.S.T. Supervisory Course, the P.O.S.T. Management Course, the U.S.A.F. Air War College National Security Forum and the Los Angeles Police Department (West Point) Leadership Program. Chief Mulholland is a member of the Police Executive Research Forum, the International Association of Chiefs of Police, the California Police Chiefs Association and the Redwood City Downtown Lions Club.

Chief Mulholland and his wife have been married for 30 years and have two adult children. In addition to spending time with his family, he enjoys outdoor activities including hiking, camping and motorcycle riding.